The GUIde 6 Consortium Center for Aeroelasticity

Working Together for Better Turbines

Steam engines sparked the Industrial Revolution, producing machines to produce textiles, mill grains, and transport goods and people long distances. Steam turbines made dramatic changes in ship engine design, and are commonly used today in power generators. The greatest improvements in improving public health are electrification and clean water, both of which rely on turbines. The turn of the 20th century also introduced gas turbines capable of producing excess power. In the modern age, thermal turbines are essential components for electricity and transportation throughout the world. The use of powerful gas turbine jet engines has given rise to high-speed commercial passenger and military aircraft. Air travel today is much faster and easier than ever before. At the instant of this writing there were 11,490 commercial aircraft around the world carrying nearly 2 million people safely to their destinations.

Jet engine design is not without challenges, however. Excessive vibration of turbomachinery bladed disks can lead to fail in high cycle fatigue (HCF), potentially resulting in complete blade separation and loss of power, significant cost, and even loss of life.

To address these challenges, the GUIde Consortium was formed with and emphasis on blade vibration and aeromechanics. The acronym "GUIde" stands for Government Agencies, Universities, and Industry working together on a common goal. Through cooperation, the industrial, federal, and academic members within the Consortium develop an enhanced view of how to achieve their objectives. Consequently, the Consortium members serve as "guides" for one another in solving challenges with controlling the vibration of bladed disks.

The Request for proposals for GUIde 7 has been issued and the projects are slated to begin in Fall 2022. 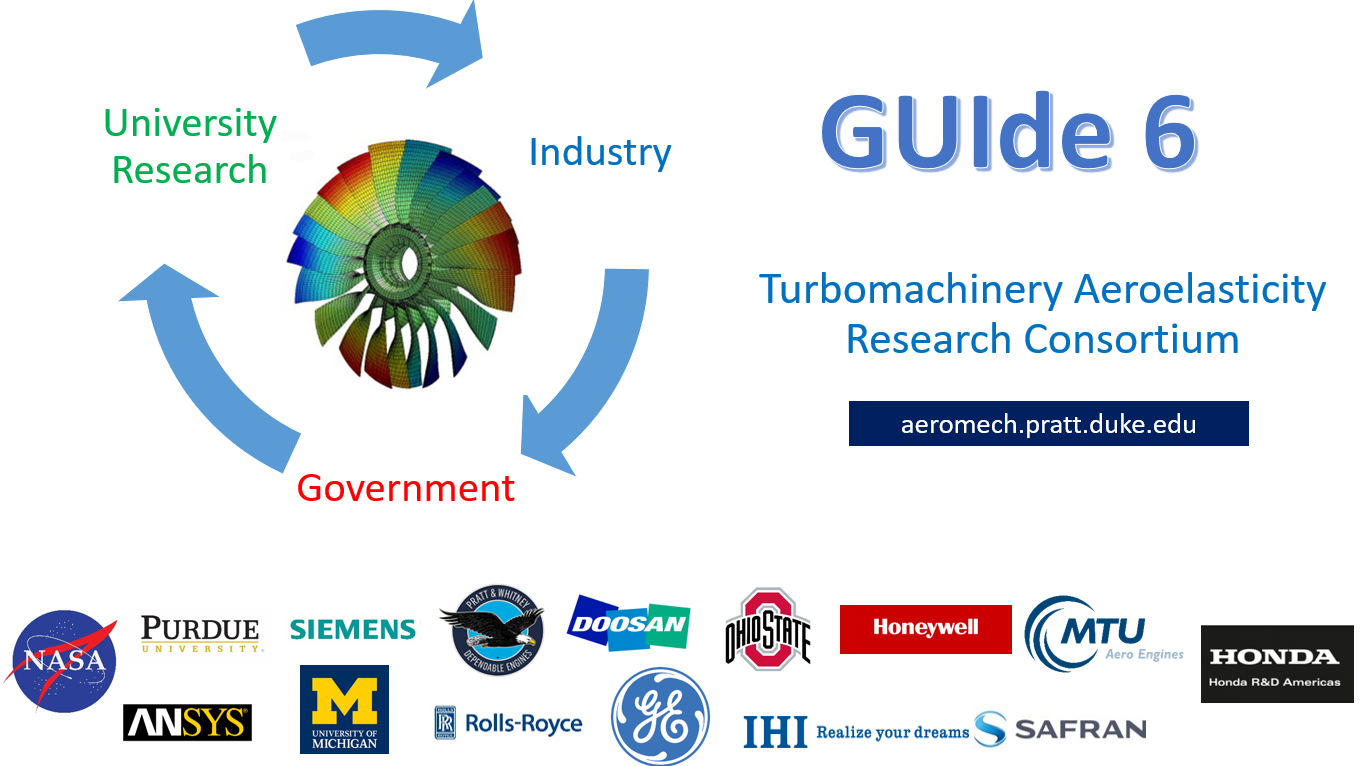